How to get rid of mould from walls, ceiling and bathroom

Firstly, what on earth is mould and mildew?

Mould and mildew are both forms of fungi that are commonly found in homes. Mould is a type of fungus that consists of multiple similar nuclei and develops in black or green patches. The fungus breaks in underneath the surface of the affected material. On the other hand, mildew is a specific type of mould with a flat growth pattern, and it remains on the surface only, which makes it easier to remove.

Why do mould and mildew occur on walls, ceilings and bathrooms?

Moulds and mildew are considered part of the natural environment, and they reproduce with the help of tiny spores that float through the indoor and outdoor air and cannot be seen with the naked eye. Mould usually starts to grow inside the home, particularly on walls when mould spores land on surfaces that are either wet or have moisture.

It’s tough to get rid of mould and mildew as they spread very easily, and are capable of living on various types of surfaces. However, it is important to remove these fungi before they cause health problems and structural damage to your property.

How does mould affect your health? 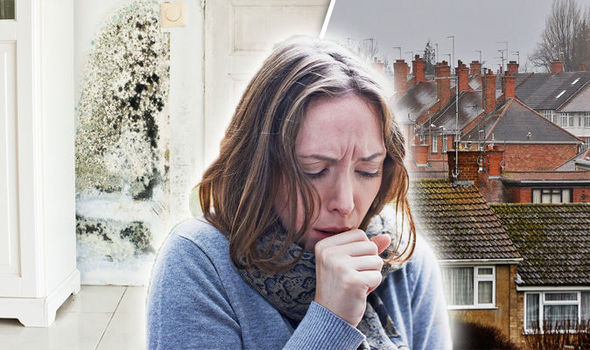 You will most likely experience allergic reactions, such as sneezing, throat irritation, a runny nose, and skin rash and irritation if you have uncontrolled mould in your house. This is because these microorganisms are known to produce allergens as well as irritants and toxic substances. If mould and mildew are not controlled, they may even cause permanent lung damage in some individuals.

Keep reading to find out how you can remove mould on your walls.

Why do I have mould on my walls, ceiling and bathrooms? We all know that the cause for mould growth in the kitchen and bathroom is constant humidity from steam, whereas most of us are unaware of the reasons that contribute to the growth of mould in bedrooms. Below is the list of possible causes of mould growth on the walls in your bedroom:

Signs of mould growing in your walls and ceilings: 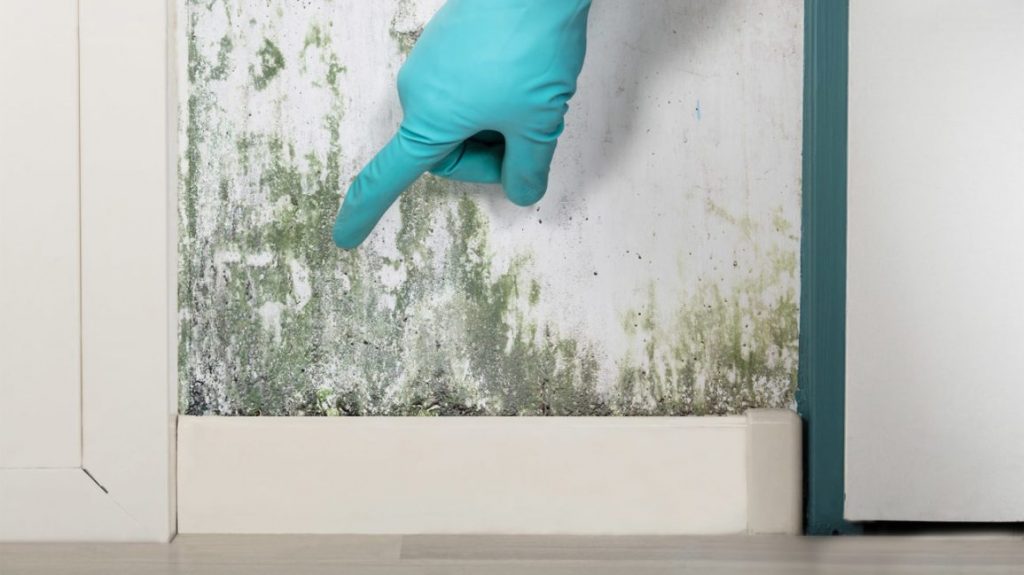 Moulds usually start with just a tiny spot, but it grows rapidly. The colour of mould can be black or white or greenish, and its appearance is mostly powdery, cottony, or velvety. Following are the signs of mould growth:

Equipment you’ll need to get rid of mould from walls and ceilings:

The following equipment might be required during and after the removal process:

Materials you will need to get rid of mould:

The following materials are required to remove mould from the walls and ceilings:

It is advised to wear protective clothing such as a plastic biohazard suit before the mould removal process starts. Also, do not forget to wear masks, gloves, and goggles to protect your hands, face, and eyes.

How to get rid of mould in 6 easy steps:

Step 1: The first step is to wear protective gear and clothing.

Step 2: The second step is making a solution of chlorine bleach and water. The solution must have three parts of water and one part of chlorine. You can alternatively use a household detergent that has bleach as an active ingredient.

Step 3: With the help of a stiff-bristled brush dipped in bleach water, thoroughly scrub the area of mould growth.

Step 4: Properly rinse the area with the help of cloth and water.

Step 5: Let the area completely dry with the help of fans.

Step 6: Use a dehumidifier to remove excess moisture from the air and help maintain the ideal humidity level.

Bleach can be used to remove traces of mould on hard and impermeable surfaces such as tubs or tile. On the other hand, the mould growth on porous surfaces such as wood cannot be killed by bleach because mould penetrates deep into porous surfaces. Therefore, even if you use bleach to wipe the mould away, it will grow again from underneath the surface in a minimal period.

Do commercial mould cleaning products get rid of mould?

Yes, commercial mould cleaning products work as they consist of chemical agents that kill microorganisms and can restrain the growth of mould. In addition, commercial products are specifically made to remove mould from porous surfaces. However, they are not meant to remove the stains that mould build-up may have left behind.

When to call in the professional mould removalists?

It is advised to call a professional to remove mould in the following scenarios:

How to prevent mould from growing back on your walls and ceilings?

It is essential to take the precautions necessary to avoid mould from coming back or growing on your walls, ceilings and bathrooms.

How does a dehumidifier get rid of mould?

Dehumidifiers are perfect for preventing mould from growing in your home. The mechanism used by the dehumidifier is pretty simple and below are the 5 five steps that best describes the mechanism:

How to use a dehumidifier for mould removal:

miraclemaid.com.au is an on-demand home cleaning services platform that instantly connects you with a community of highly experienced house cleaners in Sydney.

Unlike a standard cleaning company, Miracle Maid is centered around peace of mind, quality assurance, and giving back to our planet.

Want to speak with us?

Our dedicated customer support team is here and always happy to help.

Call Us
Email Us